Classics Trip to the British Museum­ 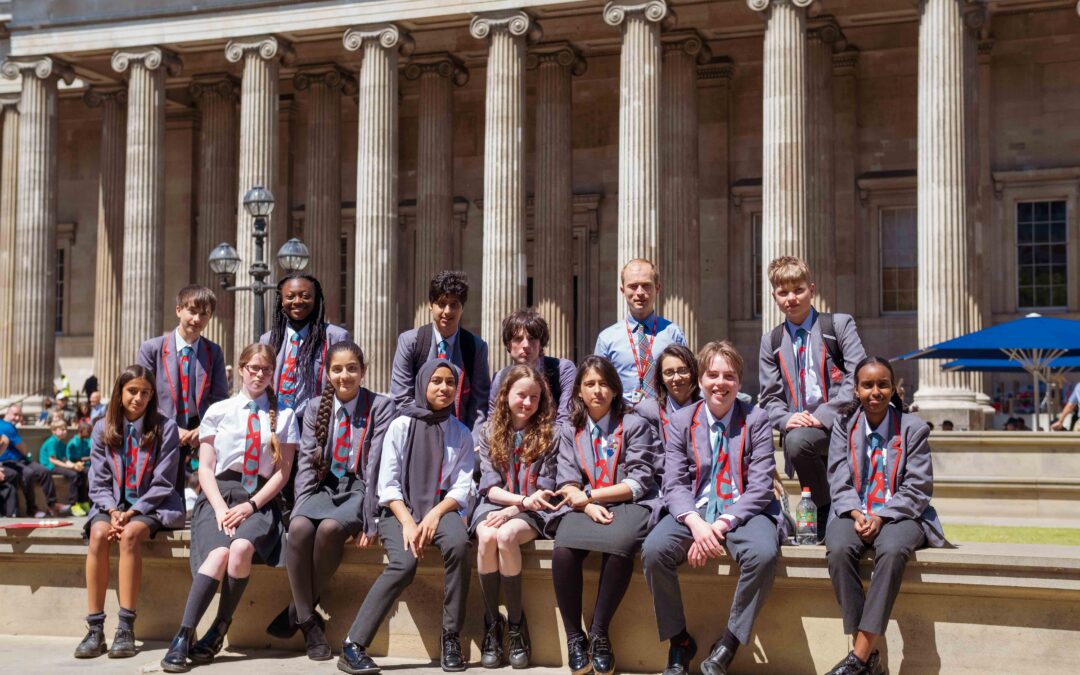 by Mr Anderson, Head of Classics

On Tuesday 14th June year 9 and 10 Classics students visited the British Museum for the second time this year. They had the opportunity to see the exhibition Feminine power: the divine to the demonic, an exploration of the role of female deities throughout human history. The exhibition was incredibly varied, ranging from Greek statues of Athena and paintings of Circe to modern sculptures of Lilith, the demon like wife of Adam from Jewish mythology. Alongside a huge, brightly coloured statue of Shiva was a tapestry of Tara, the Tibetan goddess, conquering the twenty one vices of humanity.

The students commented on the variety of cultures and religions on display and were able to analyse and appreciate the historical context of each civilisation. Some pointed out the categorising of many female deities into only symbols of desire and temptation or bringers of life and fertility. This is a topic that will be explored in lessons through the prism of the Greek and Roman pantheon. 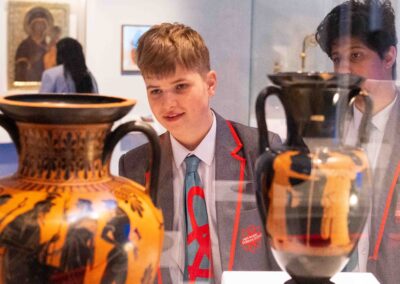 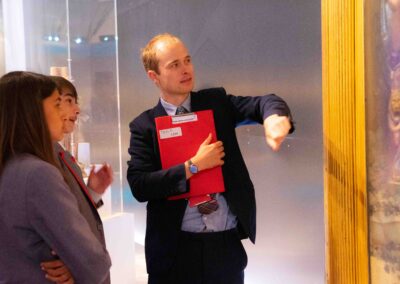 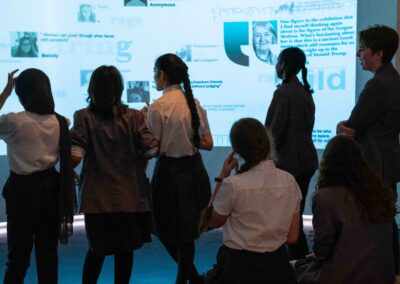 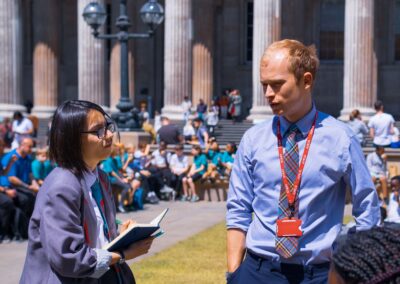 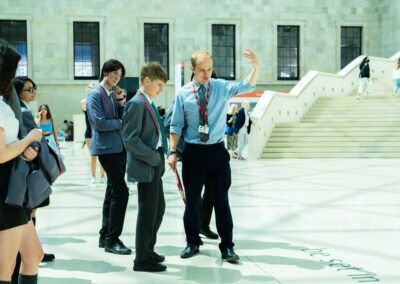 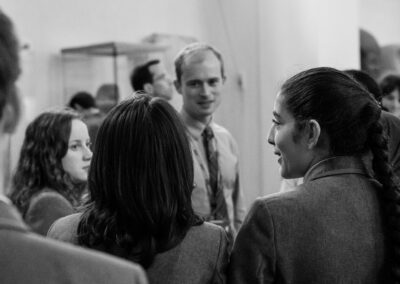 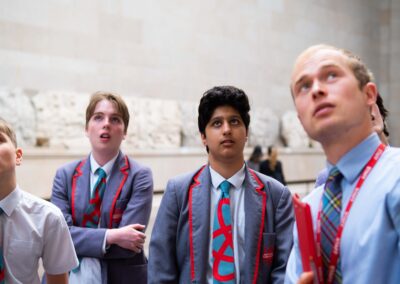 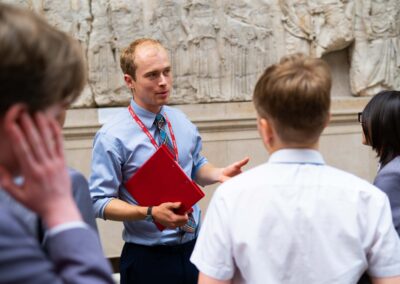 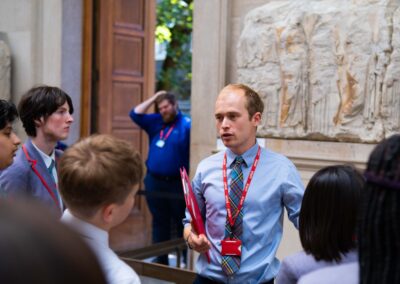 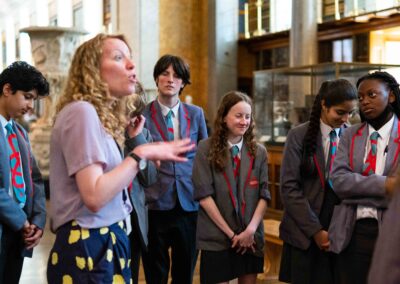 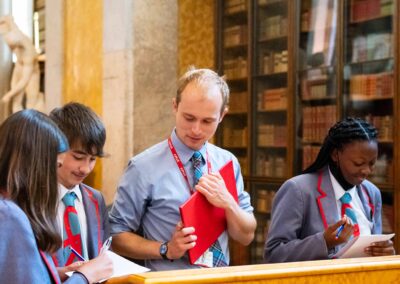 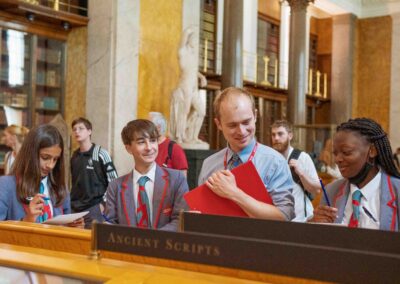 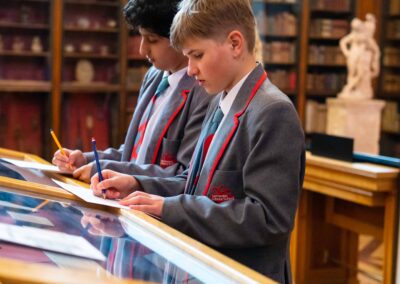 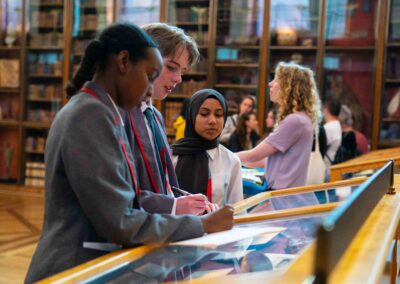 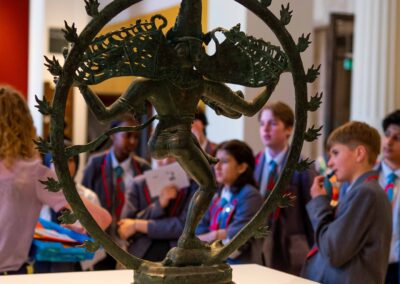 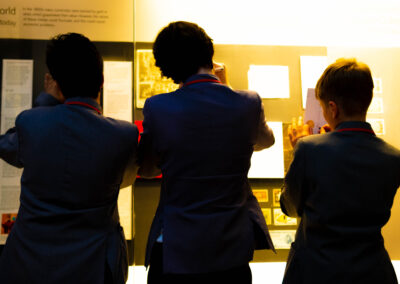 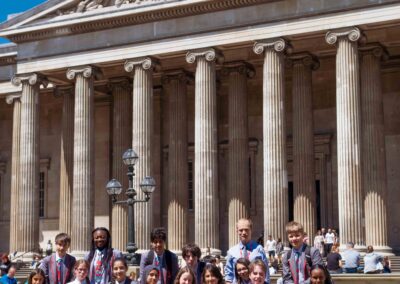 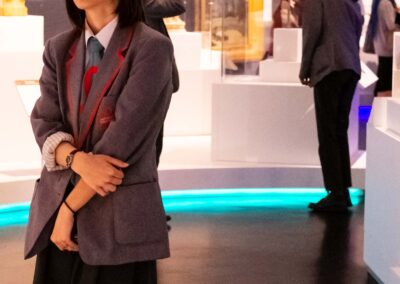 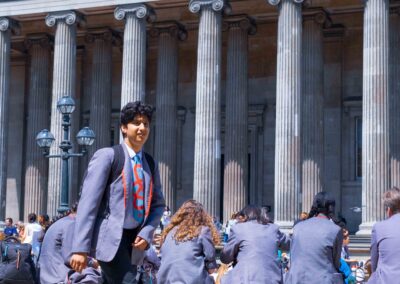 After a quick lunch break in the sunshine outside the museum steps, I took the group on a tour of the Ancient Greece galleries, focusing on the Parthenon frieze. Students learnt about their contentious origins and their nickname the ‘Elgin Marbles’. Upon returning to school, we have since had discussions in class about the repatriation debate, with views on both sides expressed very well.

Following this we did one of the British Museum workshops, specifically designed to teach RSE (Relationships and Sex Education) through looking at ancient artefacts and cultures. To compliment the ELSS Personal Development curriculum, we looked at five rooms and had brilliant discussions on the theme of LGBTQ+.

The students were incredibly mature and thoughtful in their responses to questions about gender and sexuality, helped by our excellent guide Chloe. She showed us the Ain Sakhri lovers, a statuette found near Jerusalem and the oldest depiction of a couple in the museum. We discussed the nudity common in Classical statues and what kind of objects in the museum we are attracted to, finishing with an Attic vase showing the Greek lyric poet Sappho, famous for her love poetry about both men and women.

The students were exemplary in their conduct and intellectual curiosity throughout the entire trip and are already looking forward to their next one: a performance of the Greek tragedy Antigone next Friday.

Mr Anderson has recently had his second article published in the Classics online journal Antigone. It is about the educational benefit of museums for school students and can be read here.